A City ordinance bans smoking in most bars and taverns.

Not according to the Seventh Circuit’s decision in Goodpaster v. City of Indianapolis, No. 13-1629, released today. 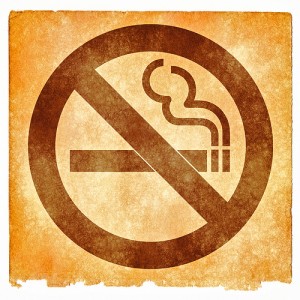 The court rejected the bar owners’ evidentiary claims and state-law claims. It also found that the ordinance does not violate the owners’ substantive due process rights:

Because it does not infringe a fundamental right, the smoking ordinance will stand if it passes rational basis scrutiny. . . .The bar owners have failed to meet this heavy burden. There are numerous reasons the City may have chosen to limit smoking in enclosed public spaces, and the bar owners have failed to disprove all of them. In addition to the negative health effects Dr. Hyland testified to in the district court, the City could have determined that they wanted to limit smoking in public places because it is annoying to nonsmokers, who are not used to inhaling smoke. It could also have reasoned that by banning smoking in public places, it would encourage more smokers to quit, improving health outcomes for more than just those exposed to secondhand smoke. Whatever the City’s reasoning, the bar owners have failed to demonstrate that there is no rational basis on which a law restricting smoking in public places could be based.

The City thus drew a line between traditional bars, for whom tobacco sales and usage are incidental to their primary business of alcohol and food sales, and tobacco specialty bars, whose business models depend on tobacco sales. The bar owners essentially argue that this line was drawn incorrectly because it does not include their businesses, which also depend significantly upon on-site tobacco usage. But legislation “does not violate the Equal Protection Clause merely because the classifications [it makes] are imperfect.”

the First Amendment does not protect coming together at a local bar to smoke. Bar regulars are not a group “organized to engage in speech,” . . . , or an association that “seeks to transmit … a system of values,”

The ordinance also does not constitute a taking:

While the smoking ban may interfere with some reasonable investment-based expectations, it does not do so to a degree significant enough to find a taking.

Image courtesy of Flickr and freestock from Nicholas Raymond