The Department of Justice (DOJ) has filed a brief asking the Supreme Court to review the Fourth Circuit’s recent decision temporarily preventing the President’s revised travel ban from going into effect. Numerous states supported both side as amici in the litigation. Numerous local governments supported the challengers.

The President’s first executive order prevented people from seven predominately Muslim countries from entering the United States for 90 days. The Ninth Circuit temporarily struck it down concluding it likely violated the due process rights of lawful permanent residents, non-immigrant visa holders, and refugees.

The President’s second executive order prevents people from six predominately Muslim countries from entering the United States for 90 days but only applies to new visa applicants and allows for case-by-case waivers.  END_OF_DOCUMENT_TOKEN_TO_BE_REPLACED

The Supreme Court held unanimously that public school districts must offer students with disabilities an individual education plan (IEP) “reasonably calculated to enable a child to make progress appropriate in light of the child’s circumstances.”

The Court rejected the Tenth Circuit’s holding that an IEP must merely confer “some educational benefit” that is “more than de minimis.”

The Supreme Court will not decide—at least not this term—whether transgender students have a right to use the bathroom consistent with their gender identity due to changes in position on this issue from the Obama to Trump administration.

In a 2015 letter the Department of Education (DOE) interpreted the Title IX regulation to mean that if schools provide for separate boys’ and girls’ bathrooms, transgender students must be allowed to use the bathroom consistent with their gender identity. DOE and the Department of Justice reaffirmed this stance in a May 2016 “Dear Colleague” letter.

G.G. is transgender. The Gloucester County School Board prevented him from using the boy’s bathroom. He sued the district arguing that is discriminated against him in violation of Title IX.

END_OF_DOCUMENT_TOKEN_TO_BE_REPLACED

The fate of the most controversial case the Supreme Court has agreed to decide this term is uncertain now that the Department of Education (DOE) has issued a “Dear Colleague” letter withdrawing a previous letter requiring school districts to allow transgender students to use the bathroom consistent with their gender identity.

Title IX prohibits school districts that receive federal funds from discriminating “on the basis of sex.” A Title IX regulation states if school districts maintain separate bathrooms (locker rooms, showers, etc.) “on the basis of sex” they must provide comparable facilities for the other sex. In a 2015 letter, DOE interpreted the Title IX regulation to mean that if schools provide for separate boys’ and girls’ bathrooms, transgender students must be allowed to use the bathroom consistent with their gender identity. The new “Dear Colleague” letter takes no position on whether the term “sex” in Title IX includes gender identity.

G.G. is biologically female but identifies as a male. The Gloucester County School Board prevented him from using the boys’ bathroom. He sued the district arguing that it discriminated against him in violation of Title IX. END_OF_DOCUMENT_TOKEN_TO_BE_REPLACED

Beginning in the mid-2000s numerous states adopted “Jessica’s” laws requiring GPS monitoring of certain sex offenders.  These statutes have been challenged on a number of grounds—including that they violate the Fourth Amendment’s prohibition against unreasonable searches.  Eight states, including North Carolina, monitor sex offenders for life.

END_OF_DOCUMENT_TOKEN_TO_BE_REPLACED

Image courtesy of Flickr from Ken Lund (creative-commons license, no changes made).

Last Friday the Supreme Court’s docket went from boring to big with the grant of just one case:  King v. Burwell.  The issue in this case is whether tax credits for low and middle income health insurance purchasers are available under the Affordable Care Act (ACA) if insurance is purchased on a federal exchange rather than a state exchange.  Only 16 states and the District of Columbia have established exchanges.

The ACA makes tax credits available to those who buy health insurance on exchanges “established by the State.”  The Internal Revenue Service (IRS) interpreted that language to include insurance purchased on federal exchanges too.

The Fourth Circuit in King v. Burwell upheld IRS’s interpretation, concluding that “established by the State” is ambiguous, when read in combination with other sections of the ACA, and could include federal exchanges.  The “board policy goals of the Act,” persuaded the court that the IRS’s interpretation was permissible.

More significantly, the Fourth Circuit (and many others) predict the ACA would “crumble” if tax credits are unavailable on federal exchanges.  The ACA bars insurers from denying coverage or charging higher premiums based on a person’s health.   The tax credit combined with the individual mandate was intended to create “an influx of enrollees with below-average spending for health care,” which would counteract adverse selection, where individuals disproportionately likely to use health care drive up the cost.  Such an influx is unlikely without the subsidy.

The Supreme Court generally hears cases when there is a circuit split, meaning two federal courts of appeals have decided the same issue differently.  Many were surprised when the Court agreed to hear this case given there is currently no circuit split, especially considering that last month the Court refused to hear a series of cases challenging the constitutionality of same-sex marriage bans.  However, the Court also accepts cases involving “important question[s] of federal law,” which this case seems to raise.

On the same day in July a three-judge D.C. Circuit panel ruled opposite to the Fourth Circuit.  The entire D.C. Circuit was going to rehear the case, but it has been asked to not rule in that case pending Supreme Court resolution of King v. Burwell.

Wondering how the Supreme Court may rule?  SCOTUSblog offers an excellent symposium on this topic.

Image courtesy of Flickr from Kjetil Ree (creative-commons license, no changes made).

For the six reasons Lyle Denniston describes on SCOTUSblog, the Supreme Court’s announcement on Monday that it would not hear any of the seven petitions striking down same-sex marriage bans was stunning.

Even though there was no circuit split, conventional wisdom indicated the Court would decide the issue because of its importance and because both sides asked the Court for review.

Amy Howe also of SCOTUSblog and Scott Michelman writing on SCOTUSblog speculate as to the why the Court’s liberals and conservatives may have decided not to get involved in the issue now.  In short, the liberals had nothing to lose by waiting, and both side face uncertainty about Justice Kennedy’s position on the issue.

To understand where were are today with same-sex marriage a timetable is helpful.

END_OF_DOCUMENT_TOKEN_TO_BE_REPLACED

Lefemine v. Wideman, No. 13-1629 (July 11, 2014) (reversing determination that successful plaintiff in 1983 First-Amendment case was not entitled to attorney’s fees). END_OF_DOCUMENT_TOKEN_TO_BE_REPLACED 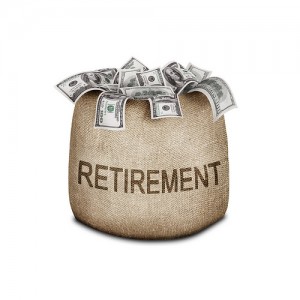 In the court’s view, END_OF_DOCUMENT_TOKEN_TO_BE_REPLACED

END_OF_DOCUMENT_TOKEN_TO_BE_REPLACED

Here are published decisions involving local governments from the federal appellate courts from November 25, 2013 through December 6, 2013: 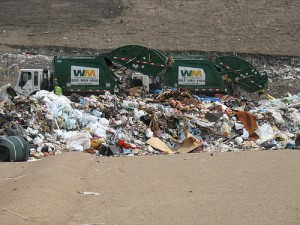 Fourth Circuit: a local government can “close” a public forum with a neutral policy, regardless of its intent.

Your City has flag standards on light poles. They line the City streets.

For over 15 years, you have allowed private parties to use this property to place their own flags.

Now you have a problem.

A group wants to use this City property to fly the Confederate flag during a City parade. The public is fiercely opposed.

After your City council first approved the request, it changed course. Its new policy restricts flag-standard use to three flags: the American, State, and City flags.

The group sued. It claimed that the City’s change violates its First Amendment rights.

In a similar case, the Fourth Circuit recently said yes.