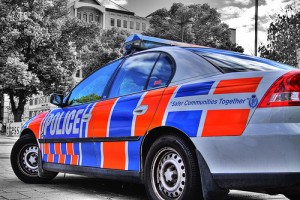 Hagen claimed that the City and senior officers had retaliated against him for exercising his First Amendment rights.

The City moved for judgment as a matter of law, which the district court denied. The City then appealed. The Ninth Circuit explained that it must ask five questions:

Conducting this inquiry, the court found that Hagen raised his concerns to superiors, not individuals outside the organization. His concerns were also about particular incidents or occurrences, not “corruption or systemic abuse.” It was also among Hagen’s official duties to report these safety concerns. The court further rejected Hagen’s argument that he was not “reporting” anything, because these issues were already known. And unlike the safety concerns raised in Marable v. Nichman, 511 F.3d 924 (9th Cir. 2007), the court found that Hagan’s concerns were “inextricably intertwined with his duties as a K-9 officer.” They “contain all the hallmarks of traditionally internal work-place complaints one would typically except an officer to communicate to his supervisors.”

Image courtesy of Flickr by NCSPhotography (creative commons license, no changes made).