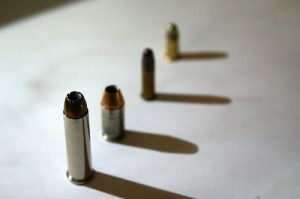 Often a listing of specific items need not or should not be numbered.  Numbers may incorrectly indicate a hierarchy or ordering of the items.  In these cases, bullets work well.

The material presented in bullets needs to be parallel in form and format.  If one is a sentence, then all should be sentences; if one is a phrase, the rest should be similar phrases.  The bullet items should normally all be in the same tense if verbs are used.  Opening capitalization and ending punctuation (if any) should be the same.  There is no absolute right and wrong in the style. Shorter phrases lend themselves to lower case.  If any bullet will have more than a single sentence, then an initial capital and a period will be needed.

When appropriate, a short caption can introduce each bullet. The caption can be bolded, italicized or underlined as the writer prefers.  The captions make it easier to refer to individual bullets, and the reader can later locate a bullet of interest easily with a caption.

The bulleted items need to be roughly equal in importance or power in the context of your document. Use of bullets effectively conveys this rough equality to the reader.  Thus, if one point is overarching in importance while six other points bear on the issue if the first point is present or absent, then use bullets only for the six points.  The overarching point is too important to be lost in the bullets.

For greater impact and clarity, if possible, write and edit the material before the bullets so that all bullets appear on the same page. The reader is likely to return to the bullets, and the ones on the earlier or later page may be lost.  Absent the pressure of a page limit, additional white space can open up the earlier pages enough to shift the bullets to the same page.

Image courtesy of Flickr by Richard Elzey (creative-commons license, no changes made).