Attorneys often write exhaustive and exhausting sentences.  Attorneys may not be the worst offenders, as Wikipedia cites Jonathan Coe’s 2001 novel The Rotters’ Club as containing a 13,955-word sentence. 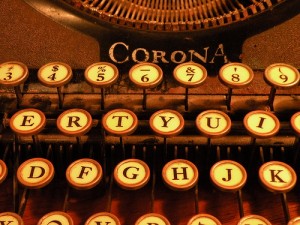 Some sentences have to be relatively long, but long sentences should be interspersed with short ones.  Long sentences often can be made more comprehensible with the use of bullets or numbered lists.  Sentences that are initially long when drafted can be revised into two or several shorter sentences.

Why does it matter?  A long sentence requires a long time to read, assuming no interruption.  There are a multitude of interruptions, and the reader may well not return to the beginning of the sentence after an interruption.  Depending on the importance of the contents, the reader may not understand the remainder of the document fully.  This reason alone is sufficient, but there are others.  A very long sentence can lose the reader in many ways, if the subject and verb are too distant, if the combination of words includes even one that the reader does not understand, and if words cause any garble in the reader’s mind.  Short sentences are less likely to present these issues.  Nevertheless, a document composed entirely of short sentences is also hard to read.

Variety is the spice of life.  A well written document will normally include sentences of varying lengths.  The sentence following a statement of an opponent’s argument may well be “Not so.”  A sentence after a deponent’s version of the facts could be “He was wrong.”  A one word sentence “Yes.” may occasionally be suitable.  These crisp sentences can grab the reader and redirect the focus.

Any long passage that is suitable for a numbered list or for bullets is typically best when so presented.  This rule is especially true when the list contains the five mandatory elements of a cause of action or defense or the chronology that proves the statute of limitations bars the action.  Any circumstance in which the reader should focus on each item separately lends itself to bullets or a list.

The writer’s attention to sentence length best occurs in the second or third draft.  Trying to address sentence length at the same time as the initial drafting of content may lead to inability to write anything.  Once the initial substantive content is set out and most of the gaps are filled is a better time to look for ways to improve the sentences.

Image courtesy of Flickr by Kristin Nador (creative common license, no changes made).