Congress grants a railroad a right-of-way across public land. 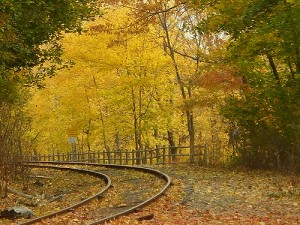 The federal government then grants the land to a private landowner, who takes the parcel subject to the railroad right-of-way.

The railroad later abandons the right-of-way.

Does the right-of-way interest revert to the federal government? Or does the parcel owner gain full and unburdened rights to the property?

This morning,  in Brandt Revocable Trust v. United States, No. 12-1173, the Supreme Court ruled 8-1 that the federal government does not retain an interest in the abandoned right-of-way.  As Chief Justice Roberts explained, under Great Northern Railway Co. v. United States, 315 U.S. 262 (1942), the right-of-way was only an easement. When the railroad abandoned it, the underlying parcel simply became unburdened. The statute contained no implied revisionary interest.

One question going forward: How will this affect many former railroad rights-of-way in which the federal government was previously thought to have retained an interest? Justice Sotomayor touches on the point in dissent:

By changing course today, the Court undermines the legality of thousands of miles of former rights of way that the public now enjoys as means of transportation and recreation. And lawsuits challenging the conversion of former rails to recreational trails alone may well cost American taxpayers hundreds of millions of dollars.

Image courtesy of Flickr by Terry Ross (creative-commons license, no changes made).