I wish I had learned some things earlier. 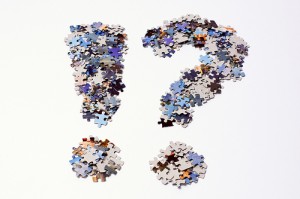 That’s especially true when it comes to my writing.

So I thought I’d share five writing tips that I wish I had known earlier.

The first tip concerns an edit at the sentence level. Other tips will address changes at the paragraph and word levels.

Tip # 1: Place important and new information at a sentence’s ending.

This one is counterintuitive: a sentence’s most valuable real estate is not where it starts but where it finishes. At the sentence’s ending, a reader naturally stops — it’s sometimes called a “stress position.” These natural pauses give a writer an opportunity: he can use the moment to focus the reader on key points and new concepts.

A leading proponent of this idea is George Gopen, a professor at Duke University. (Anything written by the late Joseph M. Williams is also worth reading.) Gopen explains here how 1984 Democractic presidential candidate Walter Mondale (or his speechwriter) did not know this rule, and often ended sentences weakly:

The weak stress position poisons every single sentence. Potentially important arguments for his side appear, but never in the stress position, where they would have been most noted and most valued.

You can see more on how to use the stress position from Gopen here.

I almost always break this rule in first drafts. Because I am anxious to hit the key point, I often start with it, and then my sentence trails off. I almost always can improve the final product by moving important information “to the right.”

Image courtesy of Flickr by Horia Varlan (creative-commons license, no changes made).