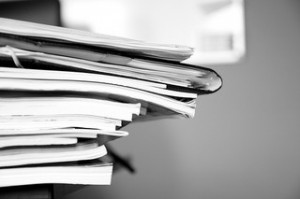 Plagiarism in brief writing is disfavored at best, and there are multiple examples of judicial displeasure.

Plagiarism is recognized as wrong even if committed by the court.  Rankin v. State, 953 S.W.2d 740, 746 n.3 (Tex. Crim. App. 1996) (Baird, J., dissenting) (“Clearly, the majority did not engage in any independent research or analysis of this issue. The majority opinion is nothing more than a restatement of the dissent in the Court of Appeals. [citations omitted] However, the dissent is not cited in the majority opinion. Such plagiarism is shameful and serves only to embarrass this Court.”).   As a practical matter, only an unusually brave and foolhardy attorney, or perhaps one ready to retire, would confront a court on this point.   Richmond, Unoriginal Sin: The Problem of Judicial Plagiarism, 45 Ariz. St. L.J. 1077 (2013); see Dursht, Judicial Plagiarism: It May Be Fair Use But Is It Ethical?, 18 Cardozo L. Rev. 1253 (1996).

Once recognized, plagiarism can readily result in attorney or judicial discipline, based on the dishonesty and misrepresentation inherent in the practice.  E.g.,  Iowa Supreme Court Bd. of Professional Ethics and Conduct v. Lane, 642 N.W.2d 296 (2002); see Abrams, Plagiarism in Lawyers’ Advocacy: Imposing Discipline for Conduct Prejudicial to the Administration of Justice, 47 Wake Forest L. Rev. 921 (2012).  See also Underwood, Something Bad in Your Briefs?, 37 Am. J. Trial Advoc. 369 (2013); Recent Developments. The Dark Side of Unattributed Copying and the Ethical Implications of Plagiarism in the Legal Profession, 90 N.C.L. Rev. 920 (2012).