If your medicine cabinet is filled with old prescriptions and other medications that you no longer want or can use, you might have asked: how and where should I get rid of these? 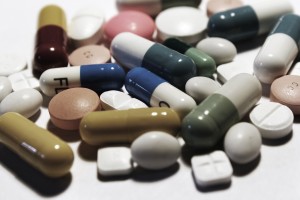 Local governments are beginning to provide an answer. Old medications are not only misused, they also pose dangers for the environment. Flushing pills or putting them in the trash can contaminate drinking water and cause other environmental problems.

But disposal programs can be expensive. What’s a local government to do?

Alameda County, California, devised a solution. It passed a Safe Drug Disposal Ordinance that requires any prescription drug producer who sells, offers for sale, or distributes drugs in the County to participate in a program to collect and dispose of the County’s unwanted drugs.

Manufacturers and distributors objected, however. They claimed that requiring them to pay for the program violates the dormant Commerce Clause because it discriminates against or directly regulates interstate commerce. Are they right?

On Tuesday, the Ninth Circuit said that the program does not violate the Commerce Clause.

Finally, the court ruled that the ordinance does not impose burdens that are clearly excessive in relation to its putative benefits under the test of Pike v. Bruce Church, Inc., 397 U.S. 137 (1970). Because the court could find no evidence that the ordinance would affect the interstate “flow of goods,” it could not conclude that the ordinance would substantially burden interstate commerce. It noted that the challengers had stipulated to the program’s benefits, that legislative determinations about safety are entitled to a strong presumption of validity, and that the fact that the County could run a program at its own expense would not nullify the program’s benefits.

Image courtesy of Flickr by E-MagineArt.com (creative-commons license, no changes made).