Given the Supreme Court’s prominent role in deciding important issues of the day, it is easy to get caught up in the latest juicy Court mishap. 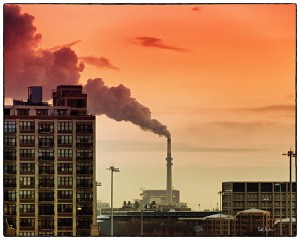 Justice Scalia erroneously depicted precedent in his dissent in EPA v. EME Homer City Generation, which had to be corrected. But don’t let that be the reason you read this blog post.  This case is important for local governments.

The Court first considered how responsibility for air pollution should be allocated.  This is no easy question when “[m]ost upwind States propel pollutants to more than one downwind State, many downwind States receive pollution from multiple upwind States, and some States qualify as both upwind and downwind.”

EPA chose cost-effectiveness in its Transport Rule.  So, for example, for nitrogen oxide, all upwind states have to reduce pollution at a cost threshold of $500 per ton.  (Spending more money EPA concluded would only minimally reduce pollution.)

The D.C. Circuit held that EPA must instead consider only each upwind state’s physically proportionate responsibility for each downwind state’s air quality problem.

If SIPs are inadequate EPA has two years to issue FIPs.  The upwind states in this case failed to submit adequate SIPs.  When EPA issued each state’s emissions budget it issued FIPs allocating the budgets.  The D.C. Circuit required EPA to give states a “reasonable” time period to propose SIPs implementing their budgets.  The Supreme Court disagreed noting that the Clean Air Act makes it clear that once EPA has found a SIP inadequate, EPA has a statutory obligation to issue a FIP.

Image courtesy of Flickr by Seth Anderson (creative-commons license, no changes made).