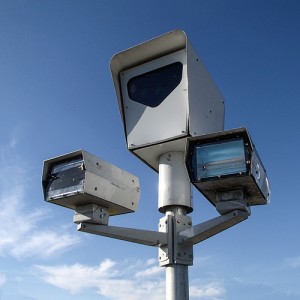 The defendant in People v. Goldsmith was cited for failing to stop at a red traffic light at an intersection located in the City of Inglewood. The evidence presented against her included several photographs and a 12-second video, all of which were generated by an ATES. Only one witness testified at the defendant’s trial, Dean Young, an investigator with the City of Inglewood Police Department assigned to the traffic division in red light camera enforcement. Young testified, among other things, that Inglewood’s ATES was operated by the police department but maintained by Redflex Traffic Systems, Inc., and that the computer-based digital camera system operates “independently” and records events that occur within an intersection after the light turned red. Young further testified that the ATES information is stored as “reported” on the hard disc of a computer at the scene, and that Redflex technicians retrieve the computerized information throughout the day through an Internet connection. Young explained that three photographs are taken, and that the ATES imprints a data bar on each photograph reflecting the date, time, location, and how long the light had been red at the time the photo was taken. Young provided additional testimony based on the ATES evidence. The trial court overruled the defendant’s objections to the testimony based on lack of foundation and hearsay, and found beyond a reasonable doubt that the defendant was guilty of failing to stop at a red light.

The defendant’s conviction was upheld on appeal by both the appellate division of the Superior Court of Los Angeles County and the Court of Appeal. The California Supreme Court granted review to consider whether the trial court properly admitted the ATES evidence over the defendant’s objections of inadequate foundation and hearsay. In affirming the judgment of the Court of Appeal, the Supreme Court concluded that the trial court did not abuse its discretion in finding that Young’s testimony provided sufficient authentication to admit the ATES evidence, and that the ATES evidence was not hearsay.

The Court concluded that the ATES evidence was adequately authenticated

Authentication of a writing, including photographs, is required before it can be admitted into evidence, meaning the proponent of the evidence must adequately show that the writing is what the proponent claims it is. The proof that is necessary to authenticate a photograph or a video “varies with the nature of the evidence that the photograph or video recording is being offered to prove and with the degree of possibility of error.” The purpose of the evidence will inform what must be shown to authenticate it. In Goldsmith, the ATES evidence was offered to demonstrate what occurred at a particular intersection at a particular time, and it was offered as substantive proof of the defendant’s violation—not to support the testimony of a witness who saw what occurred.

The Court determined that the showing normally required to authenticate a photograph, video, or other writing is sufficient to authenticate ATES images and data. In other words, as the Court stated, “No elaborate showing of accuracy is required.”

A photograph or video is typically authenticated by showing it is a fair and accurate representation of the scene it depicts. The Court noted that authentication may be established not only by the person who took the photograph or witnessed the event being recorded, but may also be established by a statutory presumption. Evidence Code sections 1552 and 1553 provide a rebuttable presumption of authenticity for printed representations of images stored on a video or digital medium, and printed representations of computer information or a computer program. In 2012, the Legislature amended those statutes to expressly clarify that they apply to printed representations of video or photographic images, and computer-generated information, stored by an ATES. Sections 1552 and 1553 permit such writings to be introduced as secondary evidence, meaning that the presumptions “eliminate the basis for any objection that a printed version of the described writings is not the ‘original’ writing.” These statutory presumptions “operate to establish, at least preliminarily, that errors in content have not been introduced in the course of printing the images and accompanying data.” In Goldsmith, the presumptions in Sections 1552 and 1553 supported a finding, in the absence of contrary evidence, that the printed versions of the ATES images and data were accurate representations of the images and data stored in the ATES.

The Court emphasized, however, that the statutory presumptions do not alone supply all the necessary foundation for admission of ATES evidence. In Goldsmith, Young’s testimony adequately showed that the ATES photographs came from the ATES equipment located at the intersection where the defendant committed the infraction. “From [Young’s] explanation regarding the independent operation of the ATES camera system, it can be reasonably inferred that the ATES system automatically and contemporaneously recorded the images of the intersection and the data imprinted on the photographs when it was triggered.” The content of the photographs themselves further supported a finding that the images were genuine. Accordingly, in conjunction with the presumptions of Sections 1552 and 1553, Young’s testimony provided sufficient evidence for the trial court to find that the ATES evidence was what the prosecution claimed it was.

The Court further rejected the defendant’s argument that the testimony of a Redflex technician or other witness with special expertise in ATES technology was necessary to authenticate the ATES evidence. The Court “decline[d] to require a greater showing of authentication for the admissibility of digital images merely because in theory they can be manipulated.”

The Court concluded that the ATES evidence was not hearsay.

The evidence in Goldsmith showed that the digital photographs were captured automatically by the ATES, with no Inglewood employee, law enforcement officer, or Redflex technician present monitoring the intersection and deciding to take a photograph or video. “The ATES routinely monitors the intersection without human presence at the site[,]” and the photographs, video and data bar information are produced by computer.

The Court determined that ATES evidence does not constitute “hearsay” under the Evidence Code. The statutory definition of “hearsay” implicates “statements” made by “persons,” and ATES-generated photographs, videos, and data are not statements made by persons. “Because the computer controlling the ATES digital camera automatically generates and imprints data information on the photographic image, there is similarly no statement being made by a person regarding the data information so recorded. Simply put, ‘[t]he Evidence Code does not contemplate that a machine can make a statement.’” Moreover, as the Court pointed out, the Legislature recently confirmed, in amending Vehicle Code section 21455.5, subdivision (e), that ATES evidence is not to be considered hearsay.

The defendant in Goldsmith asserted that the dynamics of the traffic court system merit imposing strict evidentiary requirements for obtaining red light camera convictions. The Supreme Court disagreed, finding no legal ground for adopting heightened evidentiary requirements for red light camera cases. The Court concluded that “the relative speed and informality of traffic court” does not support the imposition of “unique requirements for the admission of ATES evidence.” As the Court recognized, in quoting a case it decided long ago, “it is in the interests of the defendant, law enforcement, the courts, and the public to provide simplified and expeditious procedures for the adjudication of less serious traffic offenses.”

Image courtesy of Flickr by Robert Couse-Baker (creative-commons license, no changes made).

[Disclosure: Kira Klatchko of this blog represented the City of Inglewood in the case.]