Imagine yourself going through a security screening. Annoying, right? 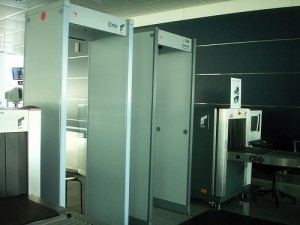 In this case the Supreme Court will decide whether hourly employees must be paid for time spent in security screenings under the Fair Labor Standards Act (FLSA).  City employees who work in courthouses, correctional institutions, and warehouses routinely go through security screening at the beginning and/or end of the workday.

Jesse Busk and Laurie Castro worked at warehouses filling Amazon.com orders.  They claimed that they should have been paid for the time they spent waiting and going through security screenings to prevent theft at the end of each shift.

The FLSA requires that “non-exempt” employees be paid for “preliminary” and “postliminary” activities if they are “integral and indispensable” to an employee’s principal activities.  The Ninth Circuit concluded time spent in security screening is compensable because security checks must be done at work, are necessary to employees’ primary work as warehouse employees, and are done for the employer’s benefit.

The State and Local Legal Center (SLLC) filed an amicus brief in this case, which IMLA joined, that argues that the Ninth Circuit improperly excluded “integral” from the “integral and indispensable” test. “There is nothing about removing personal belongings from one’s pockets and walking through a metal detector that can be characterized as ‘organically joined or linked’ to retrieving items from inventory and filling customers’ online orders.”  If the Supreme Court agrees with the Ninth Circuit, the SLLC’s brief warns that commuting to and from work could be compensable.  Finally, the SLLC’s brief points out that as the nation’s largest employer, state and local government can ill-afford higher payroll costs.

IMLA, NLC, and the National Public Employer Labor Relations Association filed an amicus brief at the certiorari stage in this case.

Image courtesy of Flickr by Daniel Lobo (creative-commons license, no changes made).