Had Utility Air Regulatory Group v. EPA gone the other way, it would be a big deal for cities. 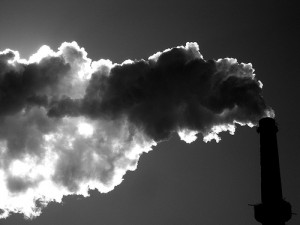 But it didn’t. Cities own many small stationary sources that emit greenhouse gases and will benefit from not having to obtain permits for them.

The Clean Air Act regulates pollution-generating emissions from stationary source (factories, power plants, etc.) and moving sources (cars, trucks, planes, etc.).  In 2007 in Massachusetts v. EPA the Court held that the EPA could regulate greenhouse gases emissions from new motor vehicles. As a result of that case, EPA concluded it was required or permitted to apply permitting requirements to all stationary sources that emitted greenhouse gases in excess of statutory thresholds.

The Court reasoned that permitting all newly covered stationary sources for greenhouse gas emissions “would place plainly excessive demands on limited governmental resources is alone enough reason for rejecting it.”  EPA’s regulations would increase the number of permits by the millions and the cost of permitting by the billions.  Small sources like retail stores, offices, apartment buildings, shopping centers, schools, and churches would be covered.  States, as permitting authorities, would bear part of the burden by having to hold hearings and grant or deny permits within a year.

To avoid the result described above, EPA issued the “Tailoring Rule,” which increased the permitting threshold for greenhouse gases from 100 or 250 tons per year to 100,000 tons per year initially.  The Court concluded EPA “has no power to ‘tailor’ legislation to bureaucratic policy goals by rewriting unambiguous statutory terms.”

Finally, the Court held if a stationary source is already being regulated because of its emissions of other pollutants it may be subject to BACT emission standards for greenhouse gases. “Even if the text [of the Clean Air Act] were not clear, applying BACT to greenhouse gases is not so disastrously unworkable, and need not result in such a dramatic expansion of agency authority, as to convince us that EPA’s interpretation is unreasonable.”

Image courtesy of Flickr by Senor Codo (creative common license, no changes made).