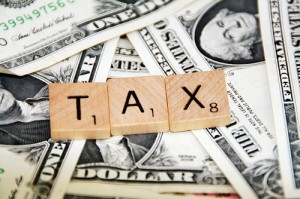 The State and Local Legal Center (SLLC)/International Municipal Lawyers Association (IMLA) amicus brief in Comptroller v. Wynne argues that the tax policy choice the Maryland legislature made is fair (or at least fair enough) and that state and local governments should be able to devise tax schemes without judicial interference.

In Comptroller v. Wynne the Supreme Court will determine whether the U.S. Constitution requires states to give a credit for taxes paid on income earned out-of-state.

Forty-three states and nearly 5,000 local governments tax residents’ income.  Many of these jurisdictions do not provide a dollar-for-dollar tax credit for income taxes paid to other states on income earned out-of-state.  A decision against Maryland’s Comptroller in this case will limit state and local government taxing authority nationwide.

Maryland’s highest state court held that Maryland’s failure to grant a credit against Maryland’s county tax violated the U.S. Constitution’s dormant Commerce Clause, which denies states the power to unjustifiably discriminate against or burden interstate commerce.  Among other things, the Maryland Court of Appeals noted that if every state imposed acounty tax without a credit, interstate commerce would be disadvantaged.  Taxpayers who earn income out of state would be “systematically taxed at higher rates relative to taxpayers who earn income entirely within their home state.”

The State and Local Legal Center (SLLC)/International Municipal Lawyers Association (IMLA) amicus brief challenges the Maryland Court of Appeals decision on several grounds.  First, the power of state and local governments to tax the income of its residents, wherever earned, has been upheld repeatedly at the Supreme Court. Second, the scope of the “dormant Commerce Clause” regarding individual non-resident income taxes has not been clearly defined by the Court and should not now be construed to mandate credits.  Third, taxation is a legislative matter that should not be usurped by the judiciary.

And finally, state and local governments must make complex policy choices and tradeoffs when devising a taxing system. If Maryland was required to provide a dollar-for-dollar tax credit, a neighbor with substantial out-of-state income would contribute significantly less to pay for local services than a neighbor earning the same income in-state, even though both take equal advantage of local services. And to counterbalance a dollar-for-dollar tax credit, a county would need to raise some other tax, which will fall disproportionately on some other neighbor and often be more regressive.  Maryland’s choice to avoid these results “does not cross any constitutional line.”

Image courtesy of Flickr by 401kcalculator.org (creative-commons license, no changes made).