The State and Local Legal Center’s (SLLC) Supreme Court amicus brief in Los Angeles v. Patel, which IMLA joined, is all that you expect from an amicus brief…and more.  It makes not one but all the usual amicus arguments:  don’t rule that state and local governments can be sued for yet another thing, if you rule against the city in this case many other cities and states will be affected, and a ruling against the city will likely impact many similar but unrelated statutes and ordinance. 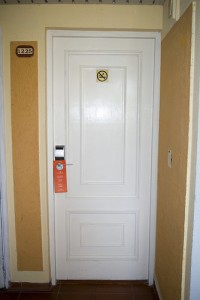 The State and Local Legal Center (SLLC) filed a Supreme Court amicus brief in Los Angeles v. Patel arguing that Fourth Amendment facial challenges should be disfavored and that if the ordinance in this case is unconstitutional similar hotel registry ordinances across the country—and laws and ordinances requiring record keeping and inspection of other businesses—may be unconstitutional.

The SLLC argues that Fourth Amendment facial challenges don’t make sense because whether a search violates the Fourth Amendment depends on whether it is reasonable, which is necessarily a fact-based determination.  Under some set of facts almost any search would be reasonable.  For example, depending on the facts, warrantless searches of hotel registries could be reasonable under the “community care-taking exception,” because the registry is “in plain view,” or because of “exigent circumstances.”